Tenth Circuit Affirms Decision that Lawsuit for ACI Coverage is Not Time-Barred; Denial of Coverage Is Not Arbitrary and Capricious

Plaintiff-Appellant Weiss appealed the district court’s decision upholding Defendant-Appellee Banner Health’s (“Banner”) denial of her request for pre-authorization of Autologous Chondrocyte Implantation (ACI), a surgical alternative to knee replacement. Banner cross-appealed the district court’s denial of its motion to dismiss the suit as barred by the Plan’s contractual provision requiring claims to be filed within one year of Banner’s final decision denying coverage. The Tenth Circuit affirmed both decisions.

With respect to the one-year contractual limitations period contained in the Plan, the Summary Plan Description (“SPD”) “informs Plan participants that any written notice of decision denying an internal appeal will provide participants notice of this limitations period by explaining their right to bring a civil action within one year of receipt of the denial.” The SPD states that it is incorporated into and part of the Plan. Because Banner’s notice of decision denying Weiss’s internal appeal did not include notice of her right to bring a civil action within a year of the decision as required under the SPD, Banner cannot enforce the procedural requirement against her.

With respect to the decision on the merits, the Plan excludes coverage of treatments that are not “Medically Necessary,” defined as “medically proven to be effective treatment of the condition.” Weiss’s request for ACI was supported by the opinion of an orthopedic surgeon with whom she consulted after initial treatments did not resolve her knee pain. The Plan “grants Banner sole authority to determine whether a procedure is experimental or investigative based on prevailing medical evidence.” In denying Weiss’s request for preauthorization, Banner relied on the Milliman Care Guidelines’ (MCG) conclusion that evidence regarding the efficacy of ACI in treating the type of injury from which Weiss suffered was “insufficient, conflicting, or poor.” This was despite the fact that Banner selected an orthopedic surgeon to review the claim and he stated that he would approve the procedure based on Weiss’s medical history and a review of relevant medical literature but he could not address the contractual issues of Weiss’s claim. After Banner denied Weiss’s appeal, she pursued a voluntary external appeal with the Medical Review Institute of America (MRI), which also concluded that the studies supporting ACI’s efficacy did not satisfy the Plan’s medical necessity requirement.

Taking Banner’s financial conflict of interest into account, the court found that its decision was not arbitrary and capricious. Even though the Plan does not identify MCG among the non-exhaustive list of sources it will consider, the court found that the MCG is used by many hospitals to make clinical decisions. The conclusion regarding the efficacy of ACI is supported by 20 citations to medical literature. Banner’s reliance on the MCG’s conclusion was therefore reasonable. 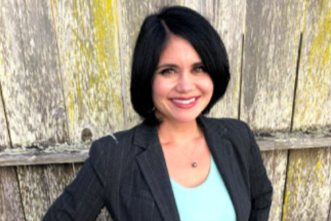